By: Matt Campbell
In: Travel
With: 0 Comments

When I quit my job, I decided to take the time to do a couple of the long road trips I’d always wanted to take. Like my Northern CA drive, a trip south along the coastal highway was a must. 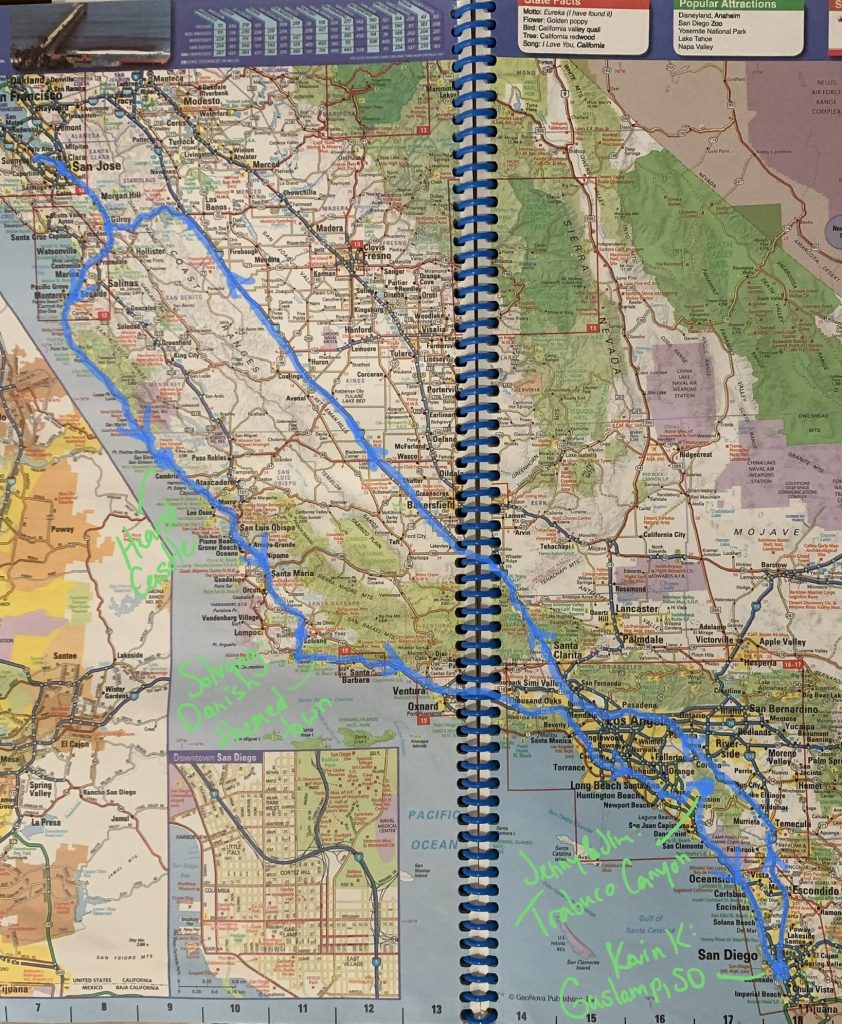 I’d driven from the Bay Area down to Big Sur several times before and stayed at a cabin there once, the drive along the ocean in that particular stretch is gorgeous. If you haven’t spent time in Big Sur, I’d suggest taking at least an overnight and full day there. Most of the rental places can give you a parking pass for the state parks around the area, and using the lots is a good idea, it’s not particularly safe or convenient to park along Highway 1 in most cases. Another tip to be aware of, if you’ve got a parking pass from one park, you don’t have to pay another $10 for each park you go to on the same day – simply show the pass from the previous park, they’ll check the date and let you in. You can easily hit several parks in a row this way (e.g. Andrew Molera, Pfeiffer Big Sur, and Julia Pfeiffer Burns with the famous beach waterfall).

The stop at Hearst Castle was suggested by my friend Priti, she’d been a couple of times and really enjoyed it. She also mentioned going to the cool little Danish town of Solvang, it turned out to be a great stopping point for me on my drive with substantially cheaper accommodations than staying in Santa Barbara. My points after that were to see friends in the Newport Beach area, then continue on to see another friend down in San Diego before taking the highway back north through farm country, which surprised me. More on that later.

Officially known as “Hearst San Simeon State Historical Monument”, the former ranch of newspaper publisher William Randolph Hearst was donated to the state of California in 1957. It’s an amazing property filled with antiquities, and has a commanding view of the ocean and surrounding area on clear days. 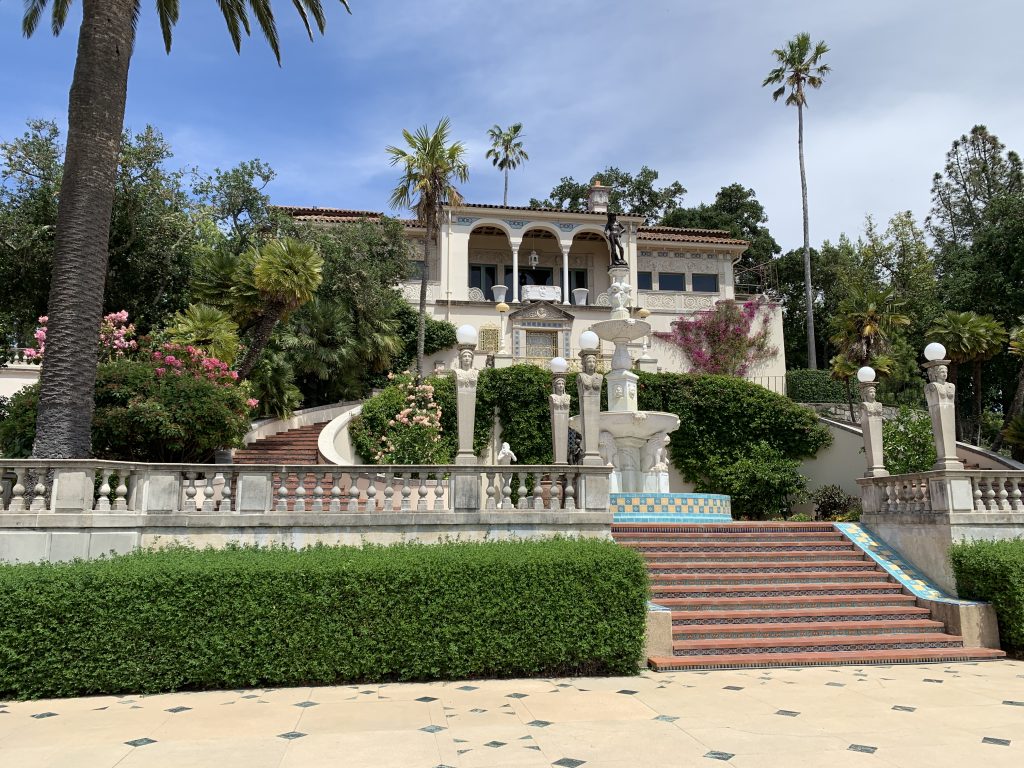 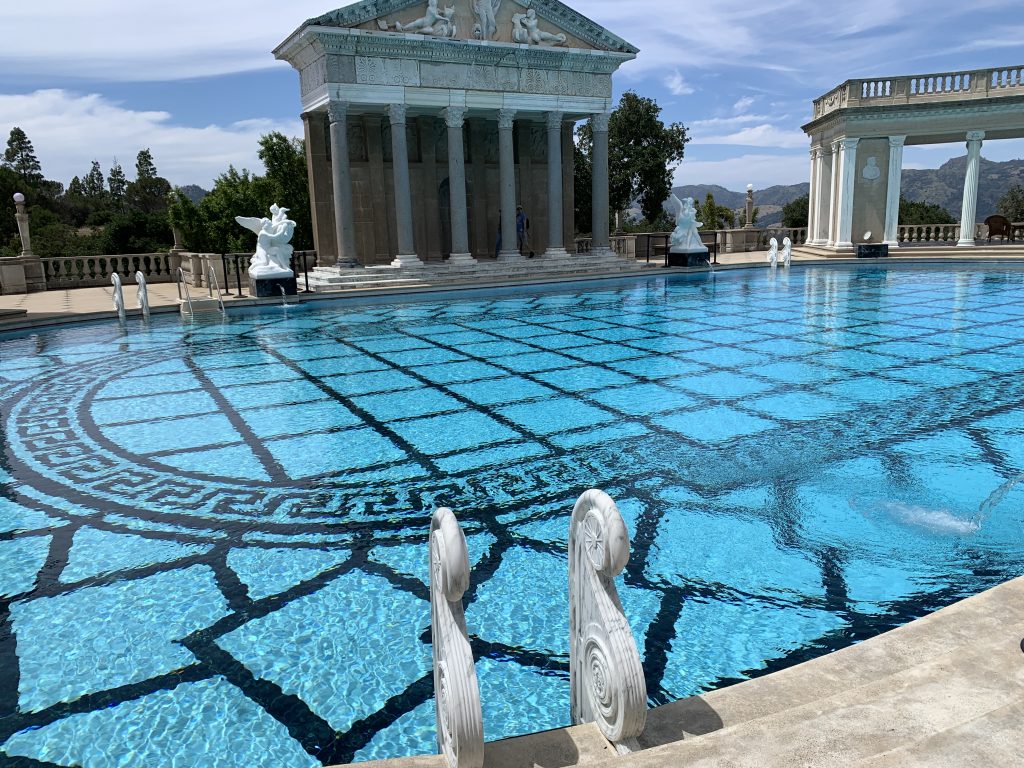 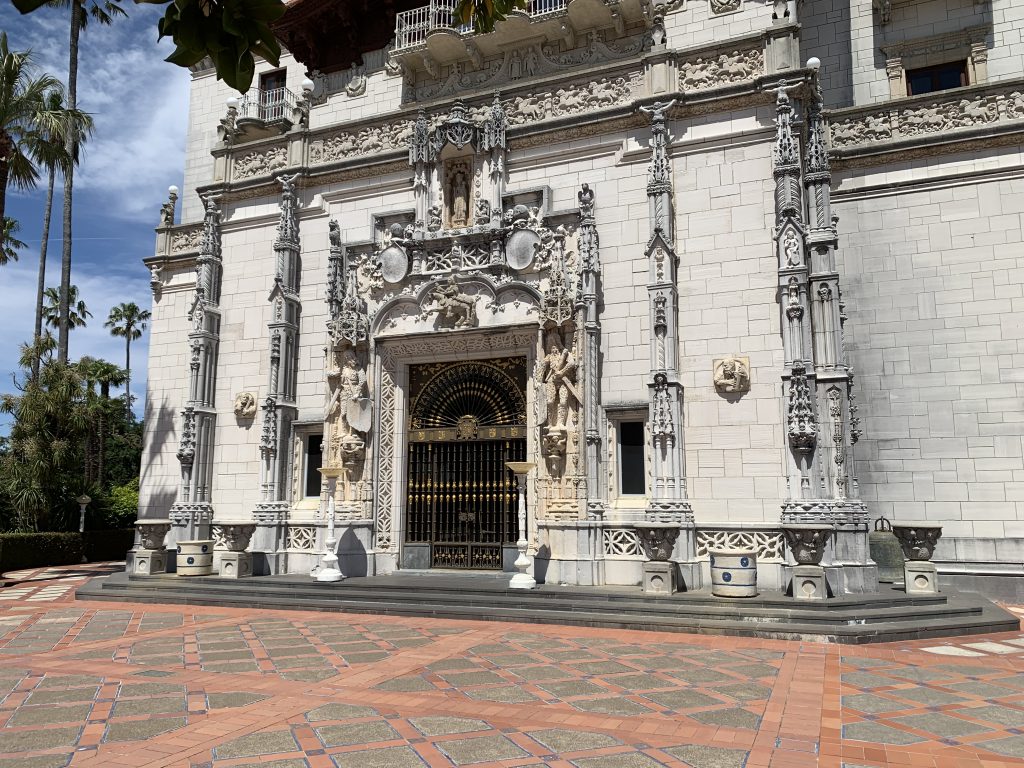 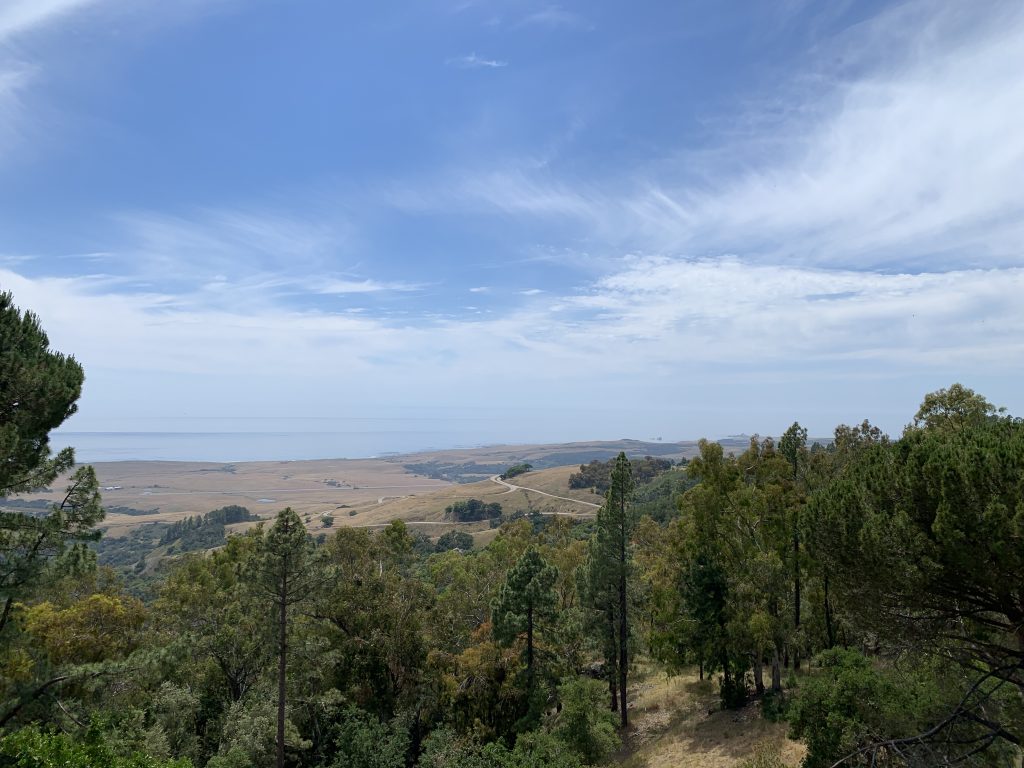 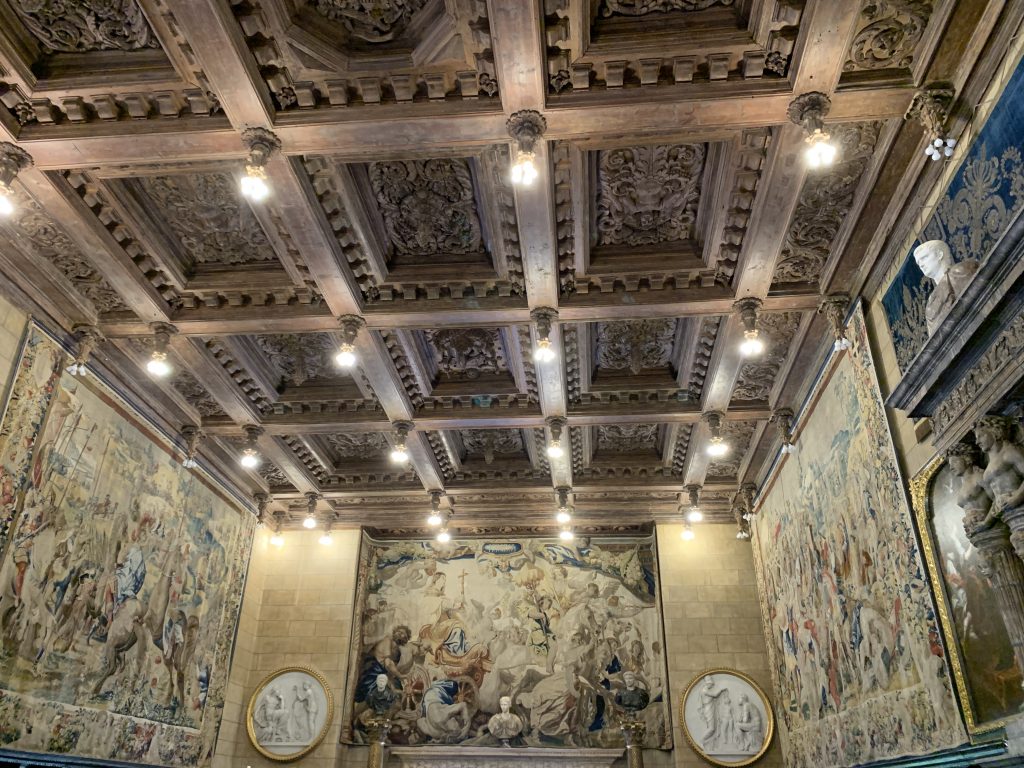 It’s a fun place to visit and worth doing, I enjoyed the Grand Rooms tour I did. The guide was fantastic and very well informed, you could tell he did it for passion and not pay! He also cracked several accurate jokes about California residents “owning” this house (it was donated to the people) and still having to pay to enter. The cost is one of the downsides, the base tour is $25 but there are others that go upstairs, through the cottages, evening tours, and so on. You’d probably have to spend $100 a person to see most of the estate, which seems excessive, but hey, it’s California, everything’s expensive. 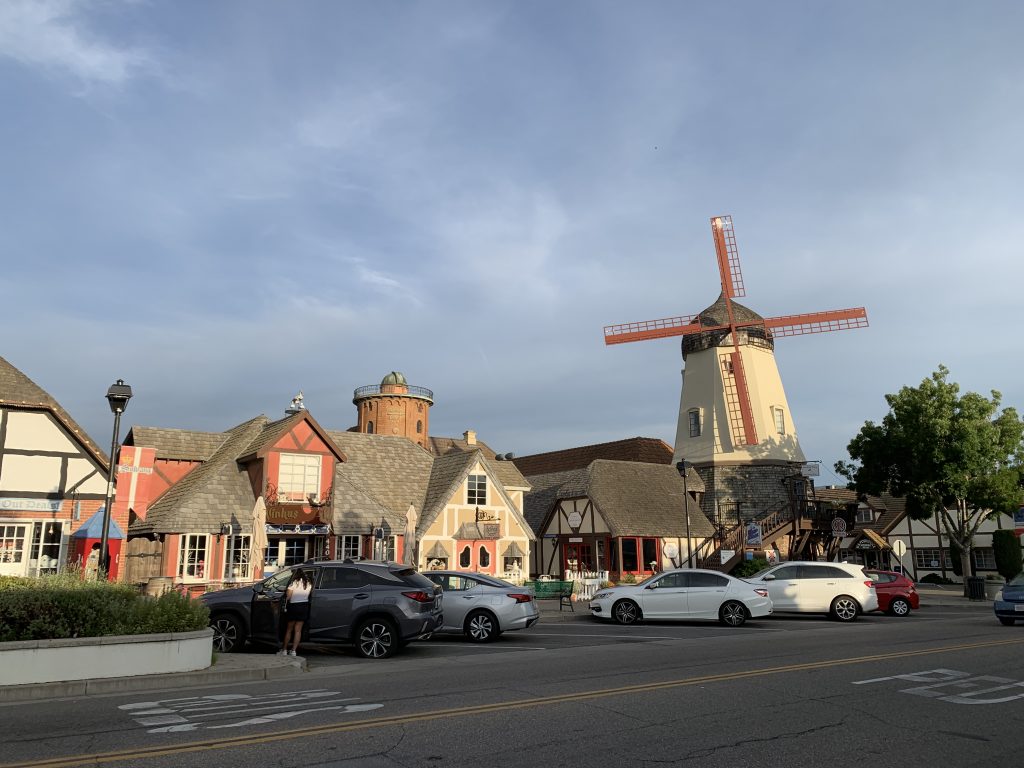 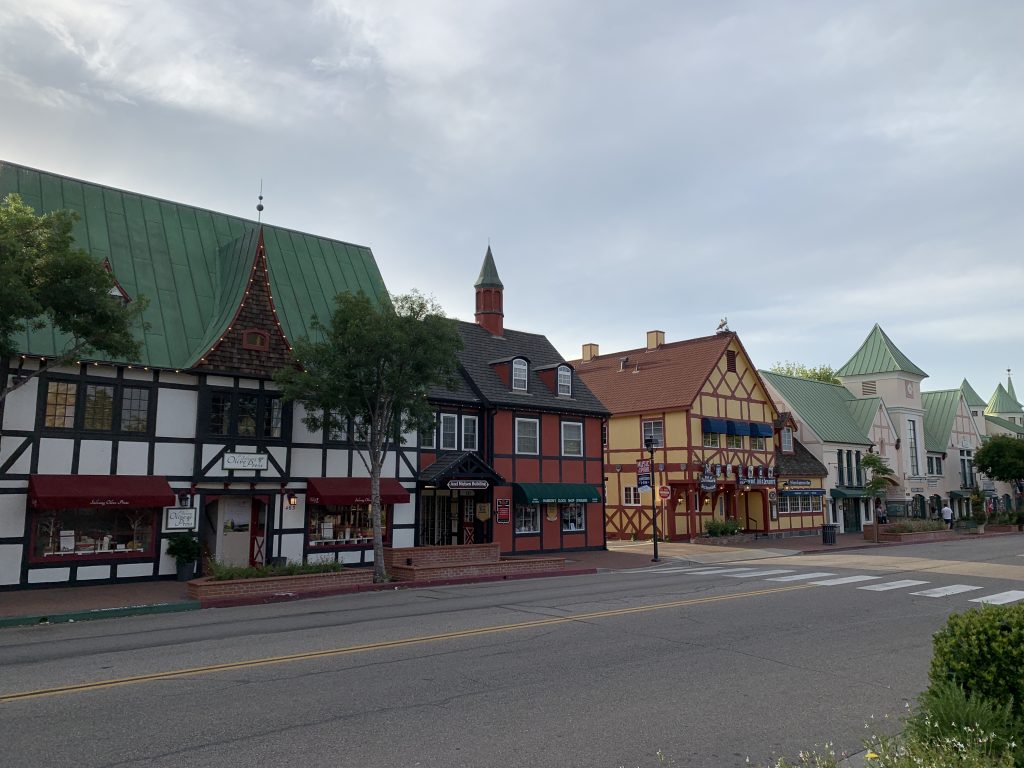 Danish for “sunny field”, a large population of immigrants built up the town in the early 1900s, and since gaining popularity as a tourist destination the town took some artificial steps to hold to the theme. It was a fun spot to wander around and sample the local bakeries.

I stayed at Hadsten House Inn, a simple but nice hotel located within easy walking distance to everything downtown. The cash rate was just $87/night plus tax, I used 6500 Chase Ultimate Rewards Points. That included a hot breakfast that was surprisingly good with eggs, pancakes, bacon, potatoes, salad, fresh fruit, lemonade/coffee/tea, and servers continually refilling items. It was better than a lot of the breakfasts I’ve had at chain 3-stars like Hyatt Place and Fairfield Inn. The room even had a small fireplace. For the rate it’s a great value.

Unlike Hearst Castle, Solvang is just a few miles off of 101 and easily accessible even if you’re on a more traditional highway drive to LA. I definitely recommend stopping in for a couple of hours just to walk around and check it out. 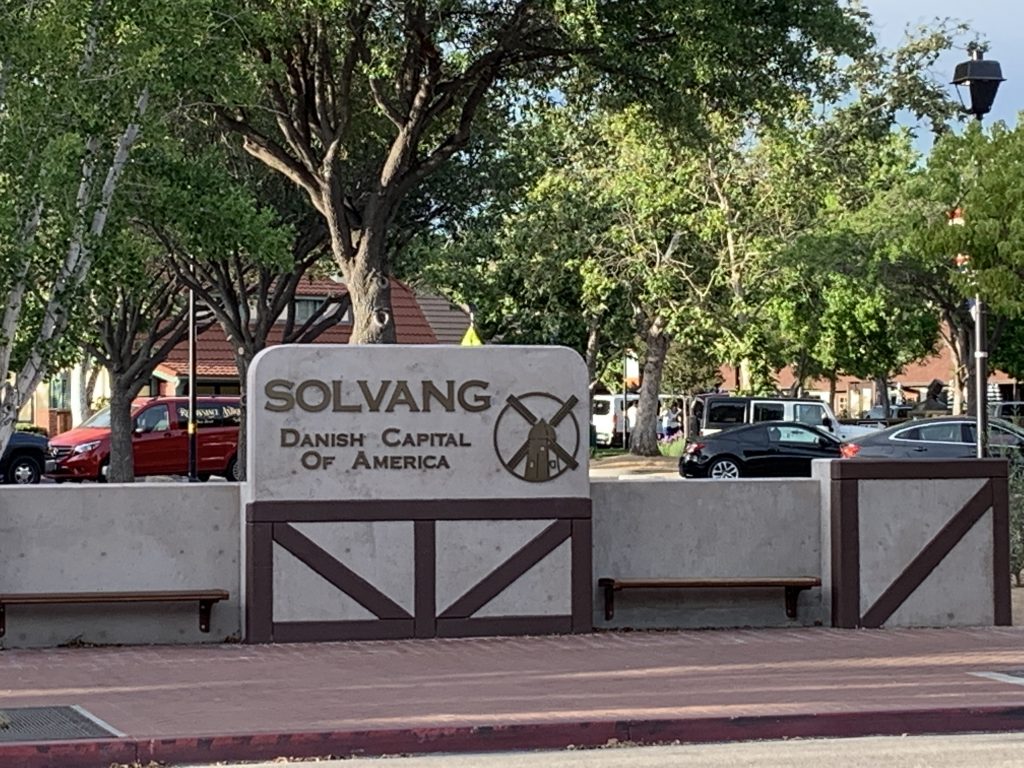 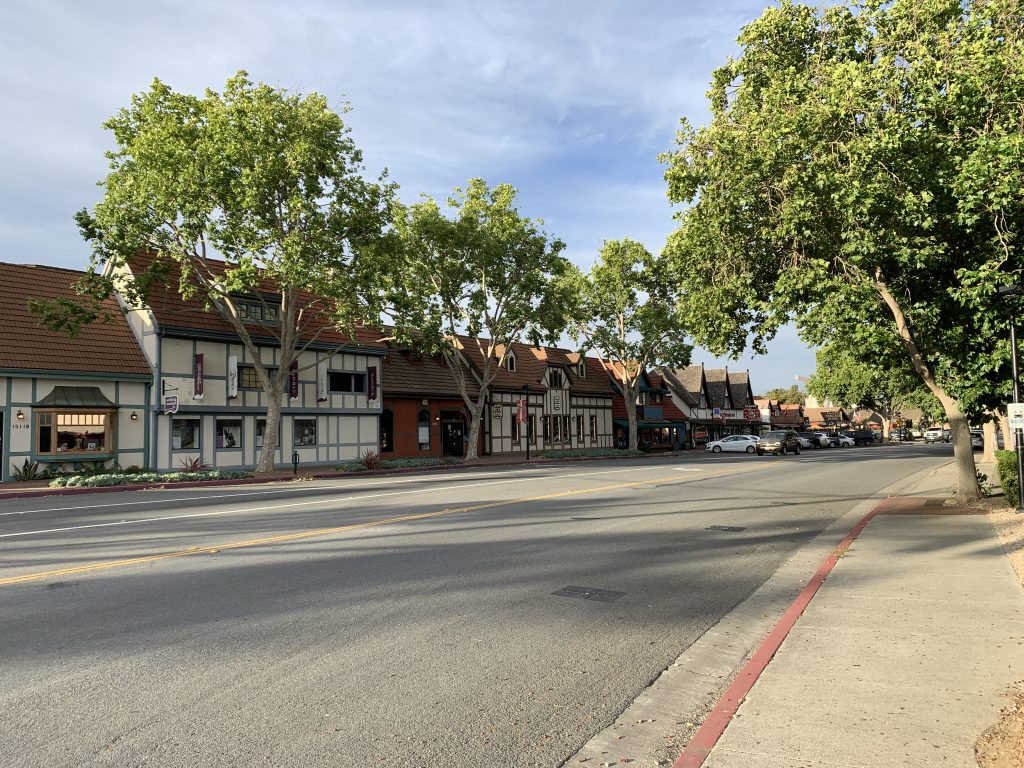 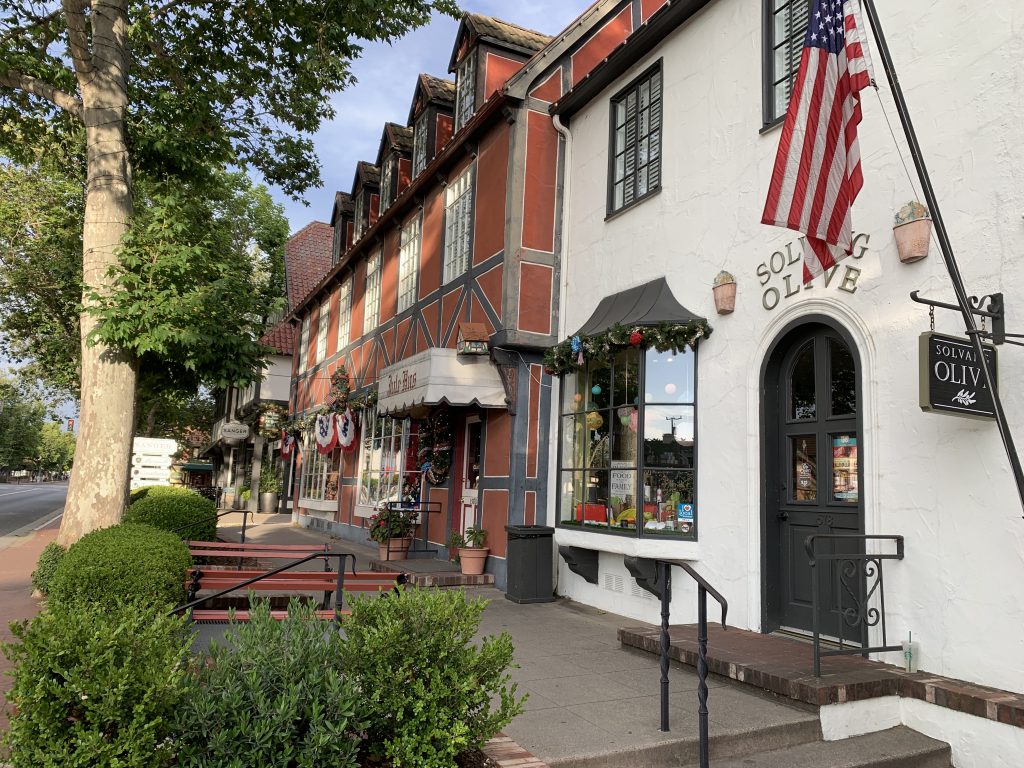 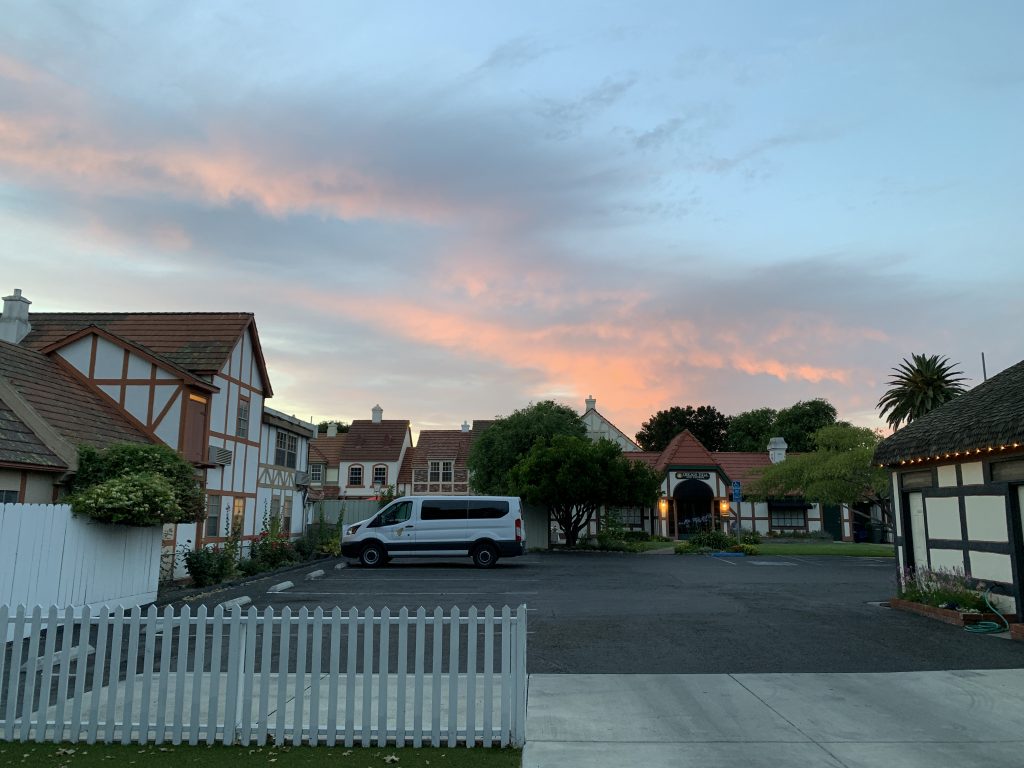 I took Highway 1 from Solvang down through Malibu. It’s slow going due to the traffic, but it’s a pretty stretch, I hadn’t realized before how long the beach is, it just goes on and on. I detoured onto 405 and joined my friends in the Newport Beach area for a couple of days.

The drive from LA down to San Diego was not particularly picturesque, but I did note the Amtrak trains following the coastline, that looks like it would be a great train ride. (The route is the Coast Starlight, it goes all the way up to Seattle.) I had some extra time so I did decide to check out the zoo. San Diego Zoo holds the distinction of being the most visited zoo in the United States, with open-air exhibits.

I was shocked by the admission price, $56 for adults, $52 for a child. That seemed pretty outrageous to me, how do large families afford this? I decided to check out some other rates. Miami Zoo is $22.95 for an adult, $18.95 for a child. Oakland Zoo is $24/$20. Fort Worth Zoo is $16/$12, or half price on Wednesdays. Lincoln Park Zoo in Chicago is free! I don’t know why the charge here is so much other than “because it can be”, but it’s about twice as expensive as it should be in my opinion and compared to the costs of other zoos.

The zoo was alright but I’ve had just as much fun at smaller zoos that cost far less. In terms of “the best zoo I’ve ever seen”, that crown belongs to the Singapore Zoo. Like San Diego, the animals are in open exhibits with hidden barriers and moats. Being in a tropical location, the grounds are absolutely beautiful, and on certain paths it feels like walking through a lush rainforest alone surrounded by animal sounds. It’s probably fair to say the Singapore Zoo experience, and the inflated San Diego prices, had raised my expectations too high. (Singapore Zoo admission, by the way? $29 USD adult, $19 child.)

But the real reason I was here was to see my friend and the city. 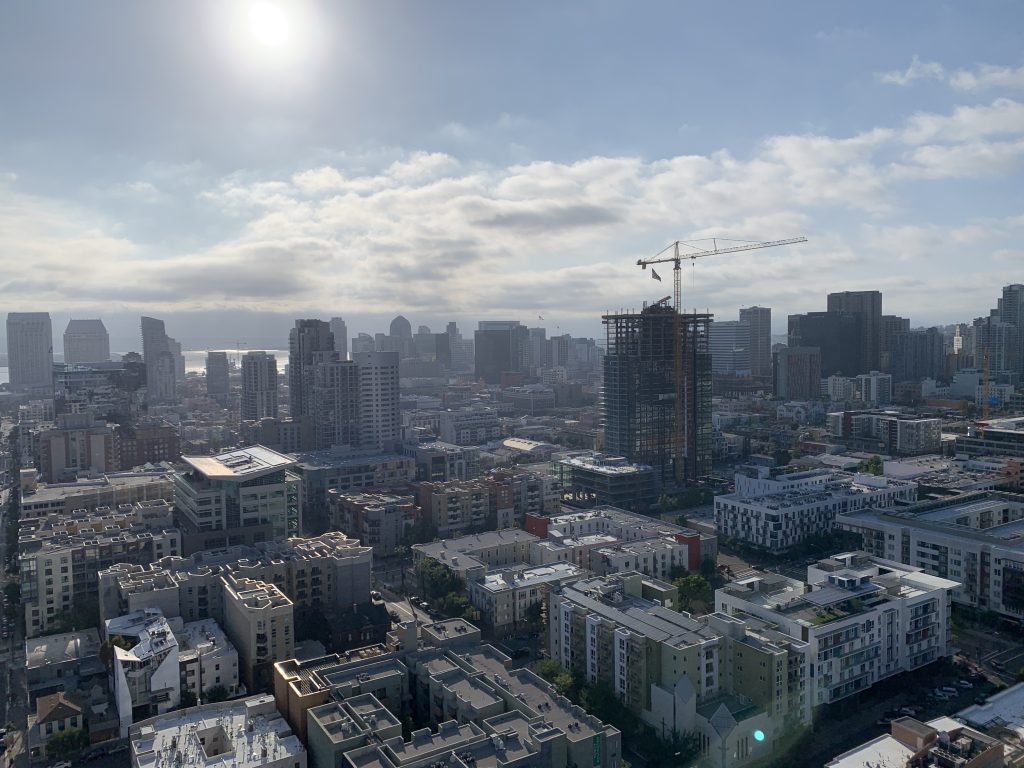 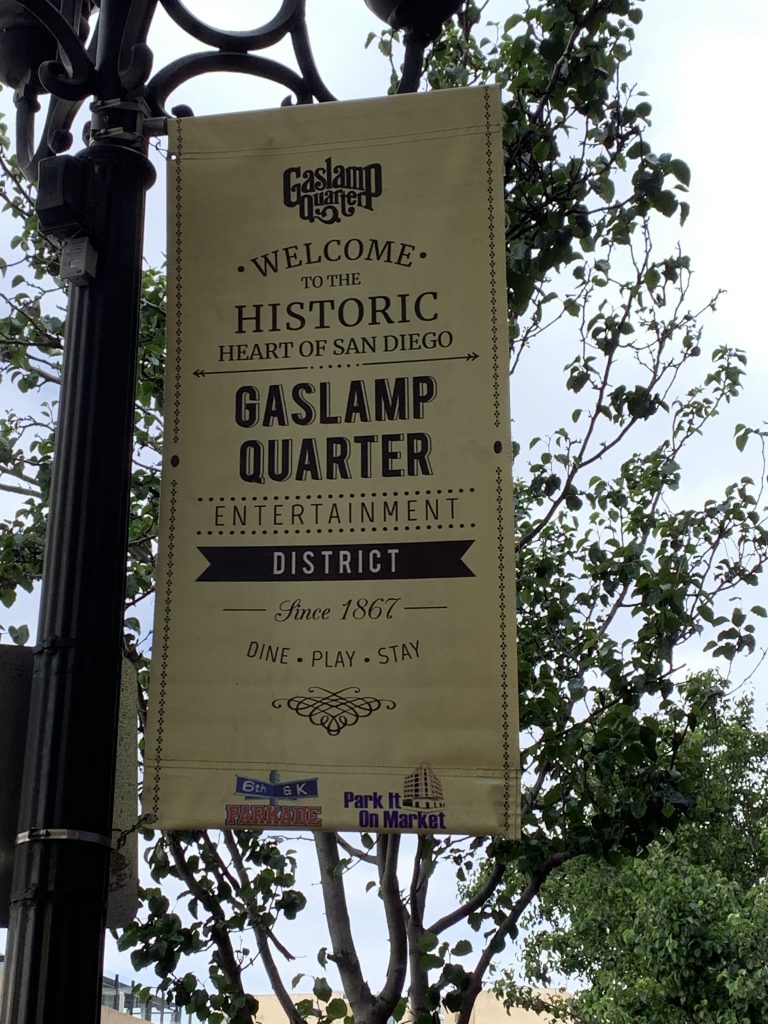 We had a fun time hanging out in the Gaslamp District where he lives. Like the Bay Area, San Diego struggles with a large homeless population, pretty evident when we got away from the main corridors, but it’s a vibrant place with a lot of pedestrian traffic.

I decided to take a direct route from San Diego to Sunnyvale on Highway 5 through the heart of Central California. It’s almost 500 miles, so I expected this part of the trip to just be making-time, highway driving.

I was wrong. I hadn’t factored on the farms. Hundreds and hundreds of square miles of farms. 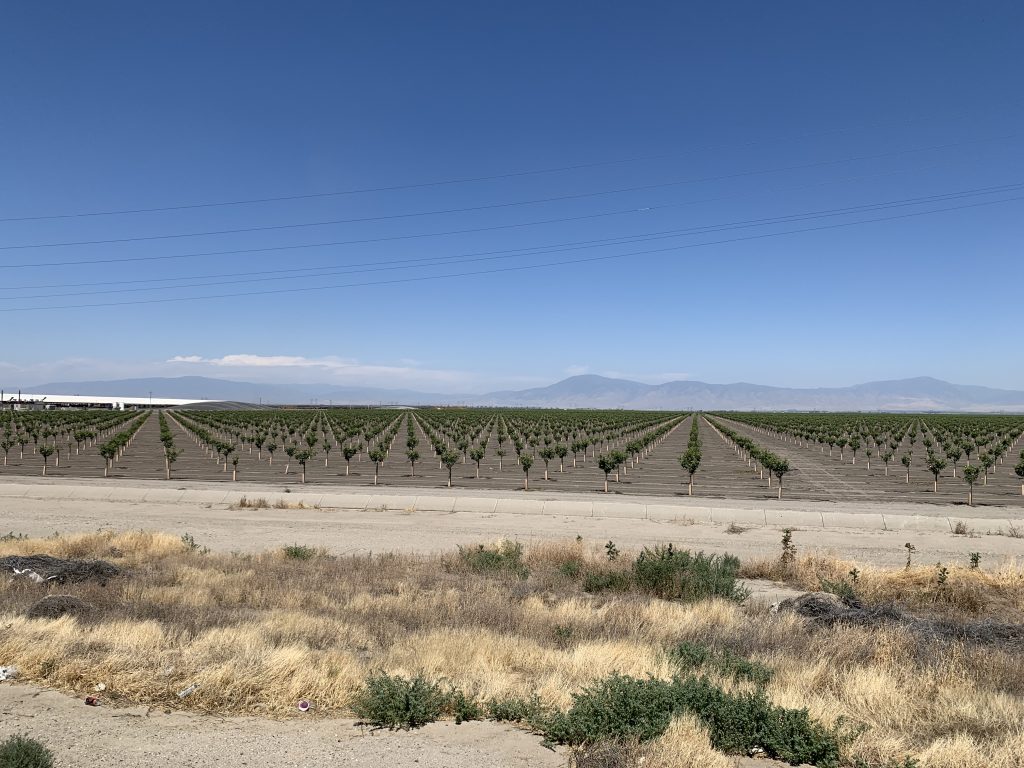 I knew a lot of the nation’s fruits and vegetables came from California, but I’d never given much thought to the logistics. It was truly staggering to see the size of these farms that stretched out to the horizon, and to imagine the armies of people and machinery required to harvest all of the food. I also didn’t know just how much food came from CA: 99% of the nation’s artichokes, 99% of the walnuts, 97% of the kiwis, 97% of the plums, 95% of the celery, 95% of the garlic… holy cow! (Source here, the list goes on.)

Apart from the farms, once you climb over the mountain pass through Los Padres National Forest north of LA, the flat landscape really opens up to some scenic views.

Unlike my northern CA road trip, I was able to stay with friends on this one in two locations, so that decreased my expenses considerably. My friends also treated me to dinner on arrival (thanks guys!). Solvang, as I mentioned, was a very economical place to stay. I only spent about $250 out of pocket, $100 of that was gas (1,048 miles round trip, I averaged 38.4 mpg). Put another way, that zoo admission increased my total trip budget by 25%. (Yeah, still a bit irritated.)

Conclusion: Fun spots, target what you want to see

I had fun on this trip, it was the culmination of my ocean tour of CA, driving almost the entire length of the state along the coast. If you’re planning one of your own, think about what you’re looking for. If a beautiful ocean drive is your goal, you only have to go as far as Big Sur, or take a trip north of the Bay Area instead of south. If you want nature and hiking, I’d really recommend the Mount Shasta area up north. And if you’re determined to do the southern route or have family to see there, take Highway 5 in the summer to see some amazing farms, or detour to spots like Solvang to help break up the trip and take some fun pictures.

Thanks for reading, hit me up with any questions!